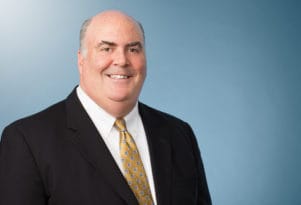 Carl R. Pebworth, Esq. represents clients in disputes and risk management involving real property and construction. A skilled litigator, he is adept at proactive risk management, early case assessment, motions practice, negotiating settlements, and successfully winning trials and appeals on behalf of clients. His goal is to identify and to achieve the best strategic outcome for clients in a collaborative, results-oriented manner.

Carl represents construction clients of many types in construction matters, ranging from project negotiation and risk management to litigation of complex construction disputes.

As a result of his longstanding experience and service with private organizations, Carl has represented and advised nonprofit organizations in a number of circumstances. 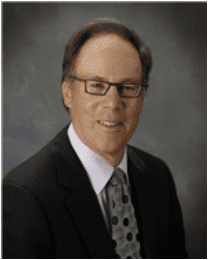 Philip J. Korey, Esq. has been selected as one of Ohio’s Super Lawyers since 2009. Martindale-Hubbell has rated him AV, the highest, preeminent rating for legal ability and ethics.

Mr. Korey is a former associate of the late Ralph D. Sperli. Mr. Korey practices criminal defense ranging from white collar crime to DUI, including federal and state trials and appeals. He also represents physicians and other professionals before state licensing boards, and personal injury victims.

John C. Ruddy is a managing member for Ruddy, King & Petersen Law Group, LLC, in Aurora, Illinois. Mr. Ruddy concentrates his practice in the areas of litigation concerning real estate, bankruptcy reorganization, commercial matters, eminent domain and consumer disputes. He has been in practice since 1977. Mr. Ruddy advises and represents the firm’s clients on real estate foreclosure proceedings, including the implementation of sheriff’s sales. He also advises and represents loan borrowers on defenses and counterclaims to mortgage foreclosure proceedings, including the Fair Credit Agreements Act, the Real Estate Settlement Protections Act, the Truth in Lending Act, the Fair Debt Collection Practices Act and the Illinois Consumer Fraud Act. Mr. Ruddy earned his undergraduate degree from the University of Denver and his J.D. degree from John Marshall Law School. He has been the chairperson of the Commercial Banking and Bankruptcy Committee of the Kane County Bar Association from 1994 to the present and is a former bankruptcy trustee. 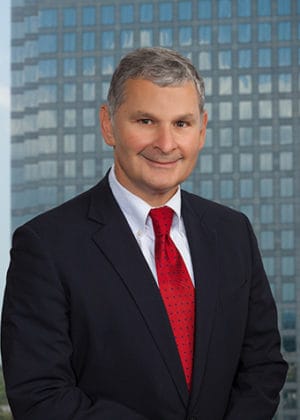 Richard M. Blau, Esq. is a shareholder with the law firm of GrayRobinson, P.A. He is chairman of the law firm’s Regulated Products Law Department, and heads up the firm’s Cannabis Industry Law Team focusing on the rules and regulations that govern the cultivation and production, processing, distribution, sale and dispensing of medical marijuana, hemp, CBD and related cannabis products.

Mr. Blau has been rated “Band 1” by Chambers USA since 2007, and was among the first lawyers in America to be rated Band 1 Nationwide for Cannabis Law. He also is listed in Best Lawyers in America, and is “AV” rated by Martindale-Hubbell. A substantial portion of Richard’s professional efforts are focused on trade regulations, litigation and dispute resolution involving regulated products such as alcohol beverages, tobacco, firearms and explosives, as well as medical marijuana, hemp, cannabidiol (CBD) and related cannabis derivatives. He has been involved extensively with the legalization of cannabis in Florida since its outset with passage of the Compassionate Medical Cannabis Act of 2014 (SB 1030) into law on June 6, 2014.

Richard has written and lectured extensively on issues related to the legalization of the medical marijuana and broader cannabis industries, as well as the interaction between federal and state laws regulating cannabis. Most recently, he was the keynote speaker in the National Business Institute’s 2019 seminar Medical Marijuana in Florida, as well as a lecturer on Mastering Cannabis & Marijuana Regulation for The Rossdale Group. Richard also advises financial institutions and investment organizations such as JP Morgan Chase, Morgan Stanley and Raymond James on the unique legal issues associated with the interplay between federal financial services regulations and state laws legalizing cannabis. 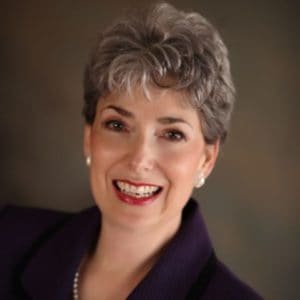 Erica is a graduate of Loyola University School of Law and has practiced law for 35 years, of which 33 have been in some form of her own firm. Jokingly referring to herself as a “distress real estate lawyer”, Erica concentrates her time, talents and passion on assisting clients to be well-informed about their real estate decisions, whether they are buying a home or an investment, as well as helping them get out of debt and to build a solid financial future. Her field of expertise includes the spectrum of conventional and distressed real property issues, foreclosure defense, short sale transactions, and counseling her clients in re-establishing their credit and becoming debt free and mortgage free.

She also advises investors in need of exit strategies for real estate deals gone sour as well as those who see the current market as a great place to invest, as well as home buyers who are purchasing conventional and distressed real estate. For five years in a row, Erica has been named a Leading Lawyer by the Leading Lawyers Network and has been named a Super Lawyer for 2017. The extent of her mentoring younger attorneys in her areas of concentration as well as marketing and law office management has been acknowledged in the Kathryn Barisa Rinella Mentoring Award, given to her by the Justinian Society of Lawyers.

Erica serves on the Boards of the Association of Foreclosure Defense Attorneys (Founder and President), and Illinois Real Estate Lawyers Association and is a Commissioner on the Village of Skokie Economic Development Commission. Currently, Erica is the 2016-17 Chair of the Illinois State Bar Association Real Estate Law Section Council. She is regularly invited to be on the faculty of continuing legal education programs on real estate issues. Her business and professional association memberships include the Justinian Society of Lawyers, Small Business Advocacy Council, Women’s Council of Realtors, Women’s Bar Association and the Skokie Chamber of Commerce. She has maintained her Real Estate License for over 25 years. The mother of two grown children, she has been married for over 32 years to her husband, Jim. 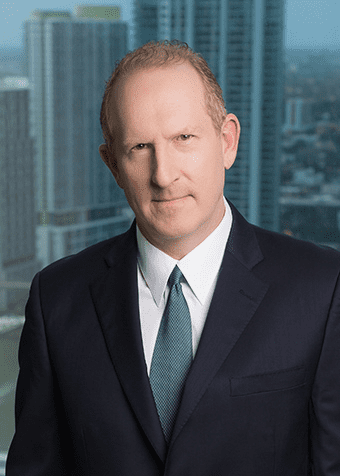 Brian Bieber is a shareholder with the Miami law firm of GrayRobinson, P.A.  He and his law partner Joel Hirschhorn, formerly of Hirschhorn & Bieber, P.A., merged with the firm in November of 2013.  He is engaged in criminal and civil white collar defense litigation (both high profile and extremely confidential) for corporate executives, prominent clients, ordinary citizens, as well as small, midsized and major multimillion-dollar businesses, in all federal and state courts at the trial and appellate levels. Brian concentrates on the defense of fraud in the areas of banking, bankruptcy, computer, environmental health care, insurance, mail, mortgage, pharmaceutical, real estate, tax, wire and other types. Additionally, he defends clients charged with violations of the Foreign Corrupt Practices Act (“FCPA”), money laundering and “RICO” statutes, regulatory matters, Native American and Gaming laws, fraud involving COVID-19/coronavirus issues, as well as the Paycheck Protection Program (“PPP”). Brian has represented clients’ interests in Belgium, the U.S. and British Virgin Islands, Colombia, the Dominican Republic, Ecuador, England, France, Germany, Guatemala, Honduras, Italy, Lebanon, Luxembourg, Peru, Spain, and Syria. He also represents individuals and corporations involved in grand jury investigations. Brian has successfully represented, by way of dismissals before trial, and acquittals by juries, numerous clients charged with serious criminal activity who were facing lengthy prison sentences if convicted.

Brian has successfully challenged, by way of appeal, Florida law enforcement’s ability to collect DNA samples from convicted felons who are no longer being supervised by the state. He has earned an AV rating by Martindale-Hubbell, has been featured numerous times in the Miami Herald, Sun-Sentinel, Palm Beach Post, Ocala Star Banner and other daily newspapers across the country. He has also been featured in the New York Times, Wall Street Journal, National Law Journal and various national, as well as international publications. Brian has appeared on CNN, Dateline, Good Morning America, Telemundo, 48 Hours, FOX News Channel, as well as other radio and television appearances throughout the U.S. and internationally. 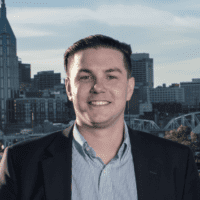 Noel also serves as the Start-ups & Small Business Aspect of Practice Leader for the National Center for Preventive Law. He often leads seminars and workshops for attorneys, businesses, and entrepreneurs, and has authored several publications related to these areas of practice. Noel enjoys giving back to the community by speaking to veteran’s groups, such as the SBA’s Boots to Business workshop at Ft. Campbell, KY, about business formation legal issues and has earned multiple Attorney for Justice Awards for his pro-bono work. 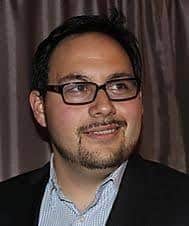 Todd Kulkin specializes in providing legal advice to small/medium sized businesses, start-ups, and non-for-profit organizations. He started his legal career at a large New York law firm. While working for that firm, his time was split between two practice areas: general liability defense and providing corporate and regulatory advice to major corporations. He uses his experience as a civil defense litigator to advise clients about their liability posture and how to mitigate. He left the firm to start his own practice in 2012 and, since then, has expanded his expertise to intellectual property and socially responsible entrepreneurship. Todd graduated with Honors from Brandeis University and with a J.D. in Financial Transactions from University at Buffalo (SUNY) School of Law. 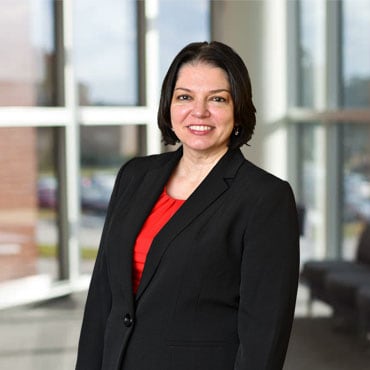 Teresa Phillips is a Florida native and attorney whose practice focuses on probate and trust administration, probate and trust litigation, and general commercial disputes.  She has spent her entire legal career representing businesses, governmental agencies, fiduciaries, insurers, and even a local sports team in various litigation matters. She also has the distinction of being one of the few attorneys in the Orlando area who routinely represents clients in both probate/trust administration and probate/trust litigation, giving her a unique perspective in this field.

Teresa’s probate and trust experience is vast and ranges from handling modest, uncontested estates to highly complex, multi-million dollar estates and trusts involving offshore assets.  No matter the value or complexity of the assets involved, Teresa handles each probate and trust matter with the same diligence and personal attention, carefully navigating her clients through the administration process.  In those instances when litigation is unavoidable in estate and trust matters, Teresa applies her same strategy of preparing diligently and keeping the client fully aware of their options throughout the process. While these matters oftentimes settle through the negotiation or mediation process, preparing zealously for trial and demonstrating a willingness to see a matter through to trial, typically fosters the best chances for a successful out of court resolution. 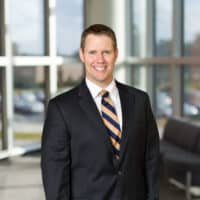 Mr. Page practices in the areas of domestic and international estate planning, federal tax planning, federal and state tax controversy, and probate and trust administration. He has extensive experience developing sophisticated estate plans for wealthy individuals and families. These plans are designed to reduce potential tax burdens within the context of each client’s overall estate-planning objectives. He also works with clients to create and implement effective estate plans that take advantage of the laws of foreign jurisdictions.