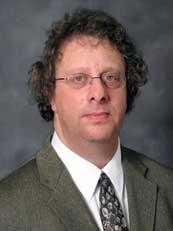 William D. Goren, Esq., Of Counsel to Kitchens New Cleghorn and Of Counsel to Kitchens New Cleghorn consulting arm (Hardman Analytics), in Atlanta, Georgia, has over 25 years of experience dealing with the ADA as an Attorney. His practice, and blog, Understanding the ADA, (a member of the ABA Top 100 for the last five consecutive years, 2014-2018), focus on understanding the ADA so that the client understands what it means to comply with that law. In particular, he provides consulting, counseling, representation, and training services involving compliance with the Americans with Disabilities Act, Rehabilitation Act of 1973, and related laws. He is also a trained mediator and a FINRA arbitrator. Finally, he is the author of Understanding the ADA, now in its 4th edition (ABA 2013), and numerous other articles on the rights of persons with disability. 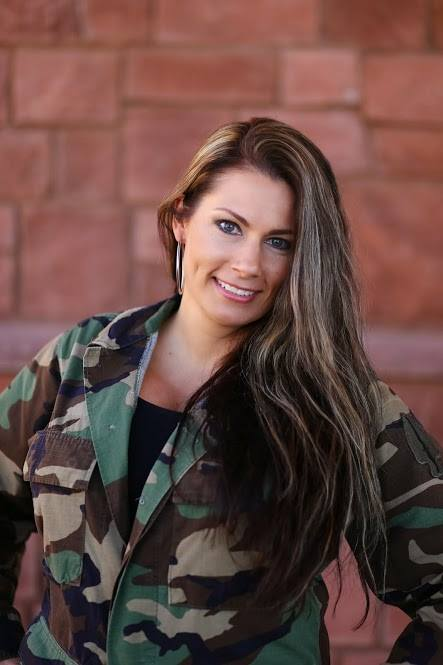 Tracy Enos is a leading LinkedIn Advisor, #1 International Best Selling Author, and single Mom of 4. In July of 2015 she sustained 3rd degree burns, a 6 day stint in the burn unit, and 5 surgeries in 9 months. She wrote her first article the following October after her traumatic injuries. It was featured in LinkedIn Pulse, and generated five-figures in just two hours of work. With over 21 years of skilled experience, Tracy serves a wide variety of clients including entrepreneurs, small to mid-sized companies, start-up ventures and internet media organizations.

A seasoned business and internet media coach, Tracy drives core business processes for the clients she serves including LinkedIn Training, Social Media, Book Marketing and Public and Media Relations. In the last 7 years Tracy has consulted 1000’s of business owners, SaaS companies, coaches, authors, service professionals, sales teams and entrepreneurs how to use LinkedIn to generate leads, become an authority in their industry and stay front of mind with their clients and referral partners.

She is known globally for her LinkedIn knowledge and training with clients in the U.S., Canada, Australia, Israel, Germany, Holland, and the U.K. Her consulting expertise has netted her clients speaking engagements, media attention, guest articles in major publications and trade magazines, and millions of dollars in new business. Need a speaker or want to learn how to generate consistent leads with LinkedIn? Call Tracy at (816) 607-1570 or email her tracy@tracyenos.com 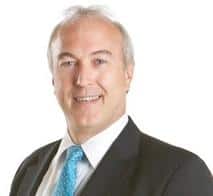 William E. (“Bill”) Moore graduated from the University of Florida with a Bachelor of Arts degree in Political Science, in 1978, as a member of Phi Beta Kappa.  Bill earned his law degree from Duke University School of Law and was awarded the degree of Juris Doctor in 1981. With over thirty years of experience, Mr. Moore’s principal area of practice is civil litigation, concentrating in complex business and commercial litigation.  He has been licensed in the State of North Carolina since 1981 and has appeared before all levels of the State Trial Courts, the North Carolina Business Court, the N.C. Court of Appeals, and the Supreme Court of North Carolina. Mr. Moore is admitted to the bars of the United States District Courts for the Eastern, Middle, and Western districts of North Carolina, and the United States Courts of Appeal for the Fourth Circuit and Federal Circuit.  Mr. Moore is also a North Carolina Superior Court mediator, having been certified to conduct mediated settlement conferences in Superior Court civil actions since 2005.

Mr. Moore has served as a speaker/lecturer for such organizations as the North Carolina State Bar Association, the National Business Institute, the Institute for Paralegal Education, and the Charlotte School of Law.   He is also invited to speak for various business and professional groups on topics dealing with civil litigation and law office management.

In addition to his law practice, Bill is very active in his community, having served as the East Gastonia Rotary Club President, as well as on numerous non-profit boards including Family Promise of Gaston County, the Gastonia Sister Cities, Inc., the Gaston String Orchestra, Inc. (Past-President), the Gaston Music Education Foundation, Inc. (Past-President), and numerous committees and the Contemporary Choir of the First United Methodist Church of Gastonia, North Carolina.  When not practicing law or mediating civil disputes, Bill likes to write and perform music, playing the guitar, banjo, violin/fiddle, harmonica, mandolin or bass. 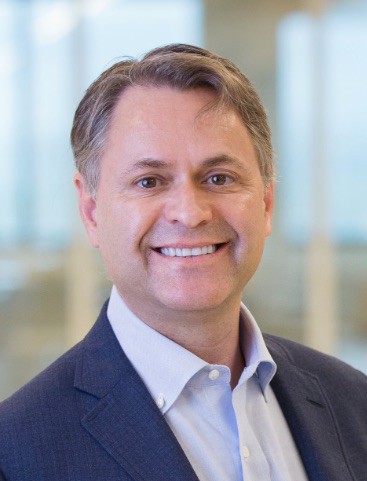 Dr. Ken Broda-Bahm has provided research and strategic advice on several hundred cases across the country for the past 21 years, applying a doctorate in communication emphasizing the areas of legal persuasion and rhetoric. As a tenured Associate Professor of Communication Studies, Dr. Broda-Bahm has taught courses including legal communication, argumentation, persuasion, and research methods. He has trained and consulted in 19 countries around the world and is Past President of the American Society of Trial Consultants.

Dr. Broda-Bahm provided a full spectrum of services on an agricultural products liability bellwether and a follow-up trial associated with property damage in 2008 – 2009. The services included focus groups, venue comparisons, community attitude surveys, mock trial, graphics recommendations, opening statement strategy and messaging, preparation of more than two dozen witnesses, a shadow jury, a recommended closing argument outline and juror post-trial interviews. The case ended in a bellwether verdict in our clients’ favor followed by a settlement of all remaining cases. 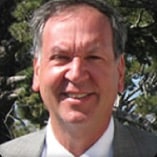 Torin D. Togut has been licensed to practice law for more than forty-two (42) years and has concentrated his practice in the areas of special education for more than thirty-five (35) years. He currently is engaged in the private practice that is devoted, in part, to representing children with disabilities in special education cases. Mr. Togut has extensive experience representing students with disabilities at IEP meetings, mediation, filing state and Office for Civil Rights complaints, administrative due process hearings, and federal and appellate court proceedings.

Mr. Togut is a former adjunct professor at the University of Georgia School of Law, where he taught special education law as well as supervised law students in a legal clinic where they advocated for the rights low-income families of children with disabilities. He also served as a specialist attorney for Georgia Legal Services Program for twenty-five year in the area of education and disability rights law. Mr. Togut has published a law review article on racial disproportionality in special education eligibility and school discipline and specific learning disability eligibility, response-to-intervention and child find. He is a frequent speaker and presenter in the areas of special education law and practice and disability rights at local, regional, and national workshops and conferences. He is a charter member of the Council of Parent Attorneys and Advocates. He is a graduate of Cornell University and University of LaVerne College of Law. He is admitted to practice before all United States District Courts in Georgia and Vermont, Eleventh Circuit Court of Appeals, and United States Supreme Court. 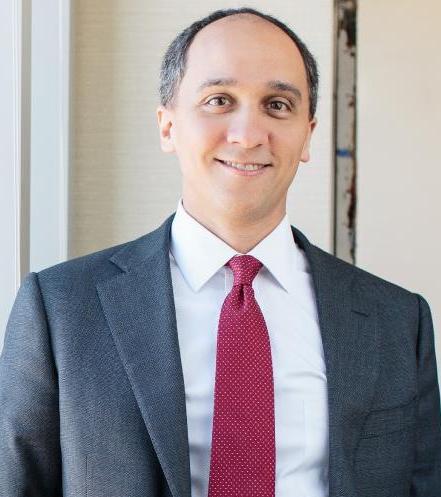 Jonathan practices in Atlanta, Georgia at his own firm, Law Firm GC, and is licensed to practice in Georgia and North Carolina. He’s been named as a Top 100 Lawyer in Georgia by SuperLawyers every year since 2017 and has an AV Preeminent Peer rating from Martindale-Hubbell. In 2016, he was recognized as one of the Most Influential Attorneys in Georgia.  You can contact him at www.yourlawfirmgc.com or jhawkins@yourlawfirmgc.com. 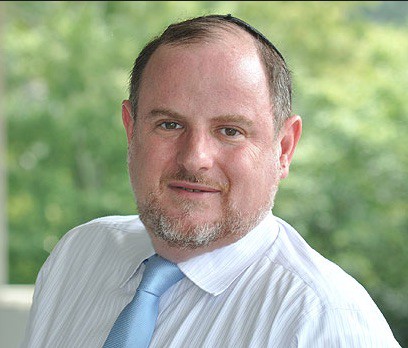 Michael J. Broyde is professor of law at Emory University School of Law and senior fellow and projects director at the Center for the Study of Law and Religion at Emory University. His primary areas of interest are law and religion, Jewish law and ethics, family law, and comparative religious law. Broyde teaches Jewish Law and Family Law (I and II). He has also taught Federal Courts, Alternative Dispute Resolution, and Secured Credit and Bankruptcy.

His most recent books are Sharia Tribunals, Rabbinical Courts, and Christian Panels: Religious Arbitration in America and the West (Oxford Press, 2017) and A Concise Code of Jewish Law for Converts (Urim Press, 2017).

During the 2018-2019 academic year, Broyde will be a Senior Fulbright Scholar at Hebrew University, where he will be working on four manuscripts. Topics include religious arbitration in nations that have established religions, kidney transplants and vouchers, Jewish law issues related to modesty, and a modern explication of the book of Genesis. He is also translating A Concise Code of Jewish Law for Converts into Hebrew.

In addition to his many books, Broyde has written almost 200 articles and book chapters on various aspects of law and religion, Jewish law, and religious ethics, as well as an often-cited article on impeachment in the Harvard Journal of Law and Public Policy. He has written on military ethics from a Jewish law view, marriage and divorce in the Jewish tradition, bioethical dilemmas from a religious view, women’s rights in the Jewish tradition, the general relationship between secular and Jewish law in its many different facets, and many other topics. A list of his works may be found on his website.

Broyde is ordained (yoreh yoreh ve-yadin yadin) as a rabbi by Yeshiva University and was a member (dayan) of the Beth Din of America, the largest Jewish law court in America, where he once served as director while on leave from Emory. He was the Founding Rabbi of the Young Israel synagogue in Atlanta, a founder of the Atlanta Torah MiTzion kollel study program. He served on boards of many schools and organizations in Atlanta, including more than 15 years as the chair of the medical ethics committee of Weinstein Hospice in Atlanta.

During the 2017-2018 academic year, Broyde was a visiting professor at the University of Warsaw Law School in Poland and in the Interdisciplinary College of Law in Herzliya, Israel.

He received a juris doctor from New York University and published a note on its law review. He also clerked for Judge Leonard I. Garth of the United States Court of Appeals for the Third Circuit.

Broyde is married to labor lawyer Channah S. Broyde, who works in the United States Department of Labor, Office of the Solicitor. 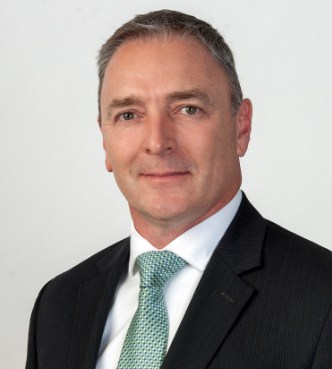 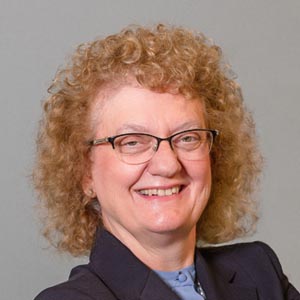 Lynda Laing is a partner of Strauss Factor Laing and Lyons located in Providence RI.  Ms. Laing graduated from Albion College in 1980 and Case Western Reserve Law School in 1983.  She was admitted to practice in Michigan and Rhode Island and actively practices in the Rhode Island state courts and United States Bankruptcy Court for the State of Rhode Island.  Lynda has practiced in the creditor rights area and has been names a Super Lawyer 3 times. She has given numerous lectures on the Fair Debt Collection Practices Act and How to Use Social Media to Locate People.   She is married to Thomas Lyons, also a partner at Strauss Factor Laing and Lyons.