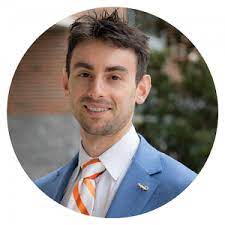 Darren Adam Heitner is the Founder of Heitner Legal, P.L.L.C., an adjunct professor of Sports Law at the University of Florida Levin College of Law, a certified arbitrator with the American Arbitration Association, and author of many books published by the American Bar Association (How to Play the Game: What Every Sports Attorney Needs to Know) as well as numerous articles in Forbes, Inc. Magazine, and Above the Law. Heitner has been referred to as one of the foremost experts on name, image, and likeness (NIL) by USA TODAY, a power player in NIL deals by Action Network, and a top sports trademark attorney by Sportico.

In 2005, Heitner got his start in the business of sports by creating Sports Agent Blog, which has since that date served as a lead publication in the space surrounding sports agency news, interviews, information, and opinion.

Heitner has always fashioned himself as an athlete advocate. In 2019, Heitner was asked by Florida Representative Chip LaMarca to assist with the crafting and promotion of legislation that sought to provide Florida college athletes with the right to profit off of their names, images, and likenesses (NIL). The bill passed both the Florida House and Senate before being signed into law by Florida Governor Ron DeSantis in June 2020, making Florida the first state to have a July 1, 2021 effective date and leading the way toward establishing important NIL rights for all college athletes across the United States. Heitner has continued to be an advocate for athlete rights and worked on behalf of numerous athletes and brands, including Gatorade, INFLCR, Marketpryce, and Icon Source, in the NIL space.