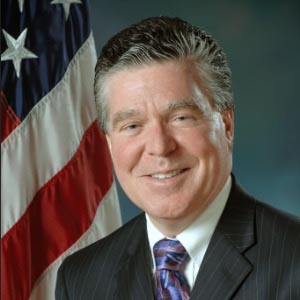 Judge Hatfield worked in the Social Security Administration from 1976 until his retirement in 2012, serving in such key positions as the Acting Chief Judge, Assistant Regional Chief Judge, Hearing Office Chief Judge for the Seven Fields Hearing Office, Hearing Office Chief Judge for the Pittsburgh Hearing Office, Administrative Appeals Judge with the Appeals Council, and Director of the Office of Civil Actions.  He also served in key policy roles, including as an attorney for the Acquiescence Task Force, Director of the Division of Litigation Analysis, Director of Hearing Policy and Procedures, and Chair of the Commissioner-level Policy and Procedure Steering Committee.  Judge Hatfield has written and taught extensively in his field.  He was a faculty member for new Administrative Law Judge training since 1990, and was in charge of Supplemental Training for all new Administrative Law Judges.  He was an Interactive Video Training lecturer since 1997 and has taught at the University of Pittsburgh Health Law Clinic and the Pennsylvania Bar Institute.  He has testified before Congress regarding the Social Security disability program, and has been a frequent speaker on Social Security matters. Since his retirement, Judge Hatfield now works as a consultant on Social Security matters.  He has appeared as an expert witness, worked with the Social Security Advisory Board and the SSDI Solutions Project, and has given many CLE webinars on Social Security disability. He also is Of Counsel with the law firm, Chermol & Fishman, LLC.  He received his B.A with high distinction (Phi Beta Kappa) from Indiana University and his J.D. from the George Mason University School of Law.