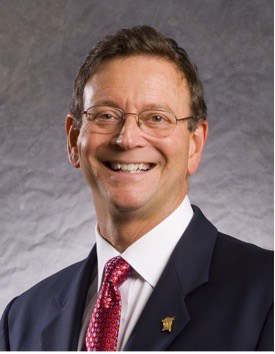 Herb Rubenstein, JD, MPA, PGA is licensed to practice law in DC, MD, VA, before the Supreme Court and the 10th Circuit. He is the author of the book Leadership for Lawyers whose first edition was published by the National Institutes for Trial Advocacy in 2005 and the second edition was published by the American Bar Association in 2008. He has taught leadership, Professionalism, Ethics and other Continuing Legal Education Courses for many State Bar Associations as well as private CLE providers. He is also the author of several other books, has taught judges on how to manage electronic courtrooms, was one of the first lawyers in the United States to file pleadings electronically in 1993 and was also one of the first lawyers in the United States to assist a client create a law firm that was owned, in part, by a non-lawyer (1992, Under the Rules of the District of Columbia Bar).

He received his law degree from the Georgetown University Law Center in 1982, is A.V. rated by Martindale Hubbell and has been an active litigator since 1984. He is also a PGA member having become a golf professional at the age of 65 and a full Class A member of the PGA at the age of 67. He is the founder of the Brooklyn PGA Jr. Summer League which became in its first two years of operation the largest 100% scholarship-based PGA Jr. Summer League in the United States. He is an investor in golf technology companies and a leader promoting diversity for minorities and women to become more involved at the highest levels of golf management and participation.