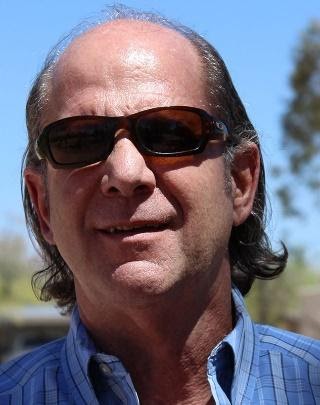 Jerry Chesler is a leading medical marijuana business attorney, both nationally and in Arizona. Jerry is a Founding Member of the National Cannabis Industry Association (NCIA), a founding director of the Arizona Cannabis Bar Association and the Arizona Editorial Board Member for the Cannabis Law Journal. After years of industry experience, including a year and a half as General Counsel and VP of Cannabis Operations for a publicly-traded company (American Green, Inc. OTC: ERBB), Jerry opened Chesler Consulting, LLC.

The consulting practice allows Jerry to use his experience, national reputation, and contacts to focus on the national cannabis industry. He continues to advise Arizona, Washington and California operators on legal, regulatory and business issues with a focus on expansion and accepting investment. Jerry also advises investors and others trying to enter the Industry. He has put together numerous financing and development deals allowing outside parties to establish, operate, finance or help operate cannabis businesses in various states.

Jerry consults with law firms and teaches cannabis law to professionals for an accredited national CE provider. He speaks at events around the country on cannabis issues to business and medical audiences.

Until the passage of Arizona’s medical marijuana law (the AMMA), Jerry was a business and tax attorney in Carefree, Arizona. In this capacity, he assisted and counseled numerous startup ventures and dealt with a variety of issues for ongoing businesses.

Over the 10 years prior to the AMMA, his practice moved away from litigation issues and into IRS controversy work. Prior to moving to Arizona, Jerry handled disputes among national consumer advertisers for the advertising industry’s self-regulatory body.

Jerry has been a well-respected cannabis rights advocate for over four decades. He believes in the medical properties of cannabis and that federal prohibition is unconstitutional.

Jerry and his wife Ellen, a clinical psychologist, have two adult sons.