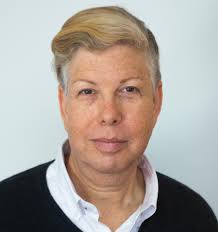 Jillian Weiss, Esq. is a lawyer in private practice, representing LGBTQ+ employees. She is Special Co-Counsel to the law firm of Outten & Golden LLP, and a member of the firm’s LGBTQ Practice Group. Prior to joining the firm in 2019, Dr. Weiss was Executive Director of the Transgender Legal Defense & Education Fund, a Professor of Law & Society at Ramapo College, and in private law practice. She received her B.A. from Yeshiva University in 1983, her J.D. from Seton Hall University in 1986, and her Ph.D. (Law & Society) from Northeastern University in 2004.

She was the longtime Chair of the annual Transgender Law Symposium, and founding Executive Director of the National Transgender Bar Association. Dr. Weiss has also consulted with major corporations, public agencies and educational institutions regarding gender identity policies, including Harvard University, Boeing and New York City. She has received several awards for her advocacy for the LGBTQ community, including the New York State LGBT Bar Association’s Community Vision Award and the Arthur Leonard Award for Service from the LGBT Rights Committee of the New York City Bar Association.

Dr. Weiss is admitted to practice law in New York and New Jersey, as well as the Southern and Eastern Districts of New York, the District of New Jersey, and the Northern District of Illinois, and is a member of the New York City Bar’s Labor & Employment Committee, National Employment Lawyer’s Association and the American Bar Association. She was appointed a Commissioner of the New York City Commission on Gender Equity by Mayor Bill DeBlasio in 2019.