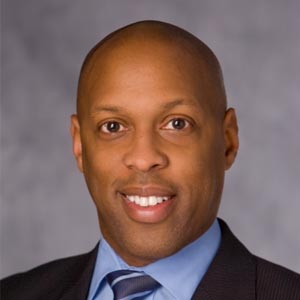 Robert Johnson is an accomplished corporate attorney who seeks to utilize his experience of more than 25 years in the areas of management, risk assessment, crisis management and dispute resolution both domestically and internationally to address economic development issues in underserved communities domestically and societal challenges globally. A social entrepreneur who describes himself as a “lawpreneur,” one who engages in working efficiently in both disciplines of law and business, he also owns a Social Enterprise management consulting firm and a franchise that provides business brokerage, merger and acquisition services, franchise consulting and franchise development.

As a complement to his legal and business experience, Mr. Johnson also has a special emphasis on addressing diversity and social responsibility issues. “Do Well by Doing Good” is a long standing motto of Mr. Johnson’s which drives him to coach, develop, and train startups and midsized companies on economic growth and intercultural learning. Prior to joining Taylor English, Mr. Johnson was a partner and the Chief Diversity & Inclusion Officer at the largest minority and woman owned law firm in the country. Additionally, he was a member of the McDonald’s Corp. Diversity and Inclusion faculty and traveled the country to address diversity issues and to teach Black Career Development and Intercultural Learning.

For years, in addition to being McDonald’s Corp. Managing Counsel, he assumed many leading roles with McDonalds Corp. including Franchise Relations Officer and Ombudsman, and led McDonald’s Corp. Tort Litigation Practice Group. Known as a “fixer,” he was responsible for resolving conflicts between McDonald’s Corp. and its owners, managed the Company’s $55 million/year Worker’s Compensation Program for all domestic corporately owned restaurants, and provided expertise in customer claims handling and crisis management for McDonald’s Corp. markets in Europe, Asia, Canada, Latin America and Australia.

Robert also sits on the board of Legal Prep Academy and is Executive Director of the Minority In-House Counsel Association. Mr. Johnson is a recipient of the 2009 Chicago United Business Leaders of Color Award, the 2008 Council on Legal Educational Opportunity Legacy Diversity Award, the 2006 National Eagle Leadership Institute and Career Focus Magazine Eagle Award, the McDonald’s Corp. 2003 Shining Light Award.

Mr. Johnson received his Juris Doctorate for the University of Illinois College of law and dual Bachelor of Science degrees in Economics and Business Administration, and Sociology and Anthropology from Knox College.